What Does Wow And Flutter Mean For Turntables?

Most of the turntable lovers know what wow and flutter is. However, I want to mention to this conception one more time for beginners. If you want to maximize the potential of your music, you yourself must learn and know a multitude of background elements which make the high-quality sounds.

Like speaker system, audio tape, and CD player, turntables also have a lot of sound “markers”. The wow and flutter of turntable​​​​​​​​​​​ identify the ability of the record to keep the consistency of the good sounds, avoid distortion, and maintain the good pitch

What’s the measurement of wow and flutter? 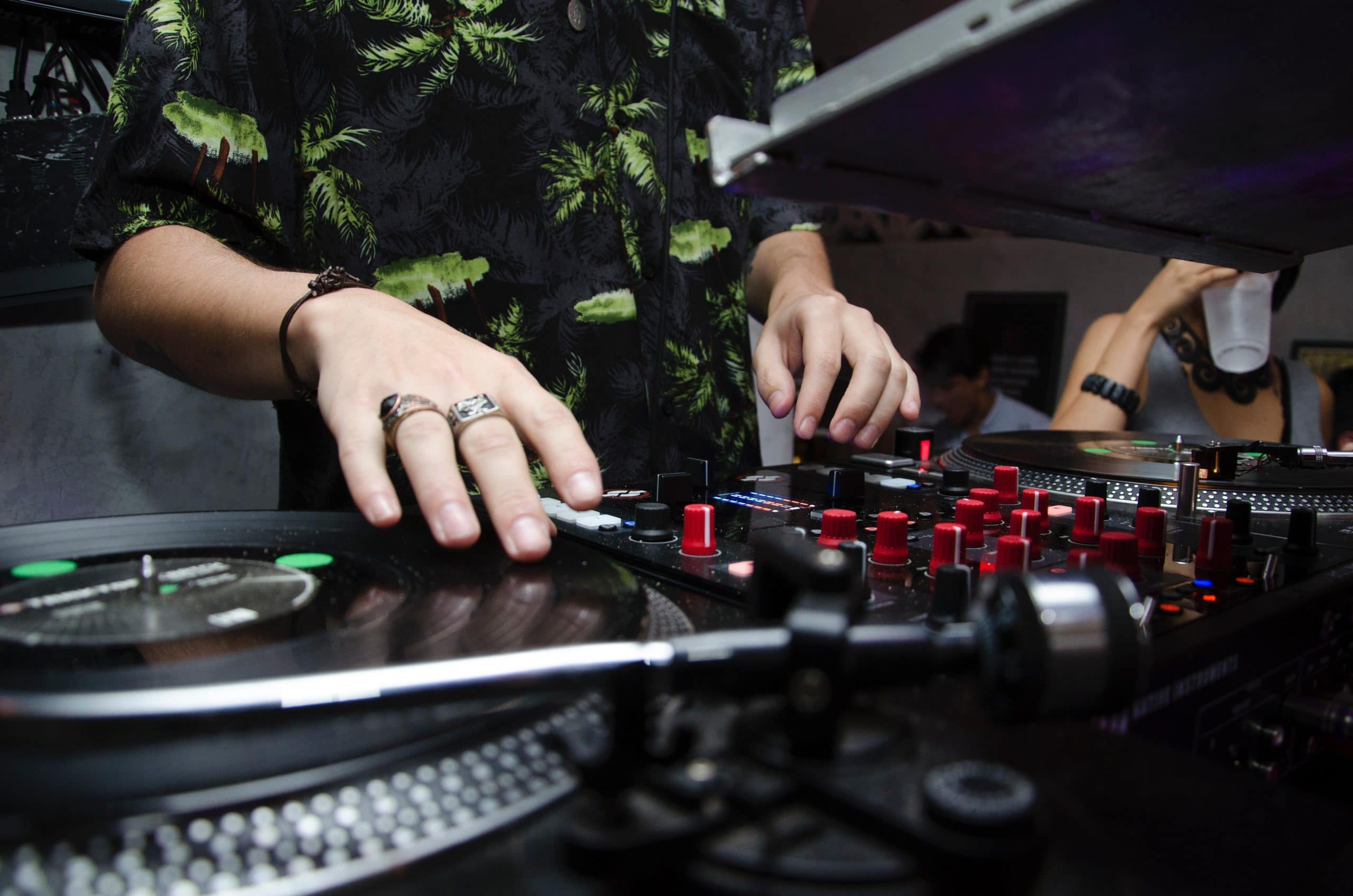 ​Before anything else, you need to learn the relation between wow and flutter. Both of them are used for the separate terms. However, in this section, I want to mention to how they are when being combined with measurements.

Not only turntable, the measurement of wow and flutter is also popular to carry on the cassette recorders and players, audio tape machines as well as other devices of analog recording and reproduction with the rotary components such as movie projector and turntable.

​In the subjectively valid terms, the measurement of wow and flutter quantifies the ‘frequency wobble’ amount which is caused by the speed fluctuations.

In music, wow and flutter is audible with brass, flute, guitar, string and piano solo. Like the pitch variation, you can perceive clearly wow while flutter alters the sounds differently, becoming more cracked and ugly.

This happens for a reason. In a dead listening room, it’s fine to listen to the sound of a recorded 1 kHz tone with 0.1% flutter. However, in a reverberant room with the constant fluctuations, listeners can feel these sounds clearly.

From that case, there is the recent tone “beating” with the echo with a little different pitch. Your ears become more sensitive because of the amplitude variation. That’s the reason when playing piano, there is the appearance of the “cracked” sounds.

Changing pitch can cause the error of absolute speed. You should also know that in music, a semitone is a 6% frequency change. The reason is that the kind of music in the West uses the equal temperament scale which is based on the constant geometric ratio of 12 notes and 20th root of 2.

Sometimes, some people own a pair of the good musical ears which can recognize the change of pitch even only 1%, although normally not many people can notice the sound errors of 3%.

Through tracking the variety of spurious on the film or tape, the novel DSP has developed wow and flutter rightly. In 2006, there is a lot of DVDs with a system of Plangent Processes which can significantly minimize wow and flutter to the lowest level.

Meanwhile, the sounds are still high-quality without extra cycles of sound or distortion. Celemony has the Capstan software that can analyze the digitalized musical material as well as use the varispeed playback in order to remove wow and flutter.

Sometimes, when tape passes over a head, leading to vibrating or any non-rotating feature in the tape path can cause the high-frequency flutter above 100Hz. I discovered that the scrape flutter is the rough sounds, not the typical kind of wow and flutter.

To minimize or prevent that, you can use a heavy roller or damping device on a professional tape machine. When it comes to scrape flutter measurement, there need to have the special techniques (applying a 10 kHz tone).

Read more: How to Troubleshooting a Record Player

What are wow and flutter?

Therefore, you can set your mind at rest that the regular turntables have an extremely low level of distortion even when you buy the first time.

The specs and the actual performance of the turntable

You can’t buy a turntable without wow and flutter so it’s extremely lucky to buy a model with the low percentages. In some cases, the wow and flutter can degrade the turntable over time so you had better stay up to date to keep it in the long-lasting condition. If you don’t take care of your record player rightly, the specs can’t translate to the actual performance.

What impacts wow and flutter?

The mechanics and electrical power will determine these metrics. That is also the reason why an old turntable has worse wow and flutter. Simply, the capacitor values the drift.

The mechanical parts of the turntable will wear down over time. For instance, the power spikes can degrade the wow and flutter of the record player. Unluckily, when degrading wow and flutter, it’s difficult to pin down.

How to protect the sound of your turntable?

When it comes to this aspect, a surge protector is a wise investment. Once going to the store, you should have a conversation with the vinyl enthusiasts first because they can help you fix the turntable as its age. If you want to revitalize the wow and flutter of an old player, it will take you more time to track down the parts.

What you have to do is only to find out a suitable wow and flutter rating and ensure to keep it away from power surges as well as other damages. Although the low ratings of your player don’t reveal too much distortion, there is no need to care about this issue too much.

How to choose a turntable based on the wow and flutter? 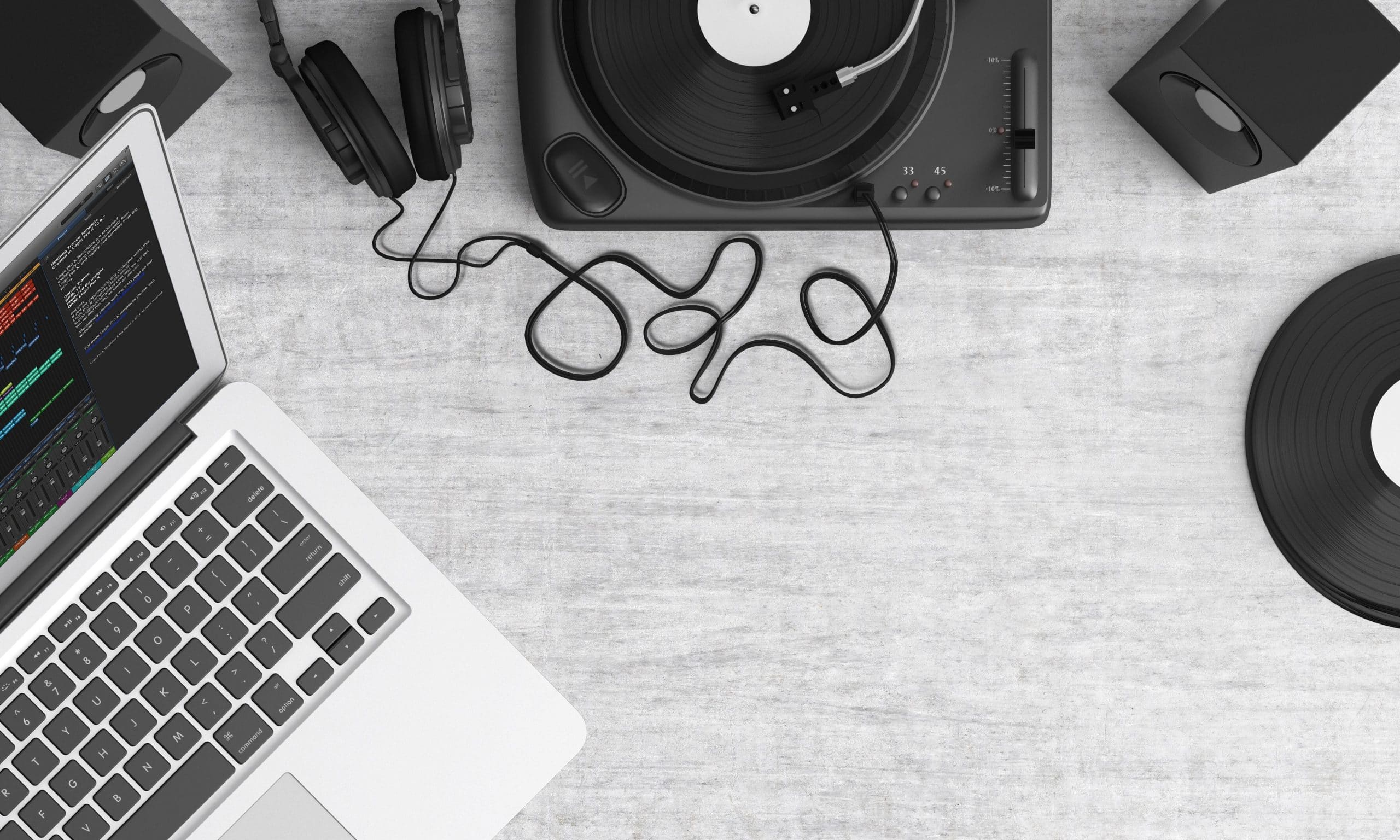 As I mentioned, all new or old desks have a slight or big amount of wow and flutter. For some people, the sounds are fine with 0.25% wow and flutter (a quarter of a percent) but half of the amount is impossible because this number creates the nasty and distorted sounds to most of the listeners. The acceptable level ranges from 0.10% to 0.20%.

To buy a turntable with the suitable wow and flutter, you should keep in mind this basic rule. The majority of the average listeners don’t notice the 0.20% level of wow and flutter. However, that can become a problem if you enjoy in the extremely quiet portions of music.

In case you are in the group of listening quiet portions of music, it’s ok with 0.10% of wow and flutter.

The effects of wow and flutter

The effect of wow happens when you set up the phonograph record wrongly, ending up the change of speed along the groove. This also causes the variety of pitch. Another feature which can cause is the variation in bearing friction like when your turntable moves around.

Meanwhile, the effect of flutter is caused by the variations in speed (the greater level compared to once per revolution). Both of these effects can occur in the same to the optical or magnetic recording.

Have you got all the essential information? Just let me know your ideas in the section below. Perhaps we will have an interesting conversation about wow and flutter in the future. Also, don’t forget to share, if you see this post is helpful.