How Much Do You Know About The Evolution Of The Piano?

Music, which is created by musical instruments – devices used for producing sounds, has become an indispensable part of our life.

A long time ago, there was a host of musical instruments coming into the world. And over time, those tools have still been retained and developed.

Among all these instruments, the piano must be one of the most popular musical instruments in the world. It captivates a significant number of music lovers due to the musical sounds it produces as well as spiritual values it brings.

The history of the piano is an exciting one. If you are eager to know more about this instrument and desire to enhance the knowledge of it, please have a look at the development of the piano.

How Did Piano Come Into The World?

Right here, we will tell you the story about the birth of the piano.

Some instruments like clavichord, harpsichord, and dulcimer are known as the ancestors of the piano.

That being said, when digging deeper into the past, we realize that the piano can be classified as a string instrument.

The First Piano – A Similar Version Of Dulcimer

The original piano shares the same mechanism as the Dulcimer.

Even though the piano is regarded as a stringed instrument as it produces the sounds through the vibration of the strings, it can also be listed among percussion instruments because its strings are struck by hammers.

That’s the reason why the piano is often compared with Dulcimer.

The Dulcimer originated from the Middle East and spread to Europe in the 11th century. The instrument comes with a simple resonance box with several strings stretched on its head.

Similar to our piano today, the Dulcimer consists of a small hammer used for hitting the strings. For this reason, the Dulcimer is considered the ancestor of the piano.

Clavichord – A Long Stride Of The Piano

Perhaps few people know that the piano is also a part of the organ family.

Most of the keyboard instruments today are in close relationship with the organ that generates sounds through the use of air flowing into the tubes. 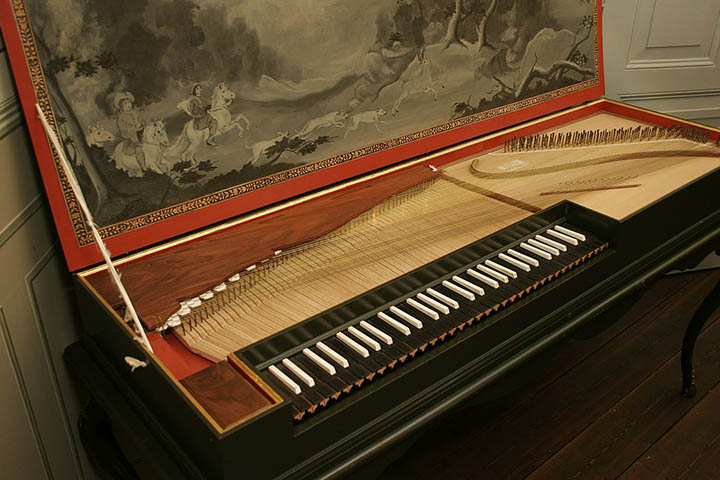 Over many years, inventors have made considerable improvements to the organ to create a musical instrument that is quite similar to the piano, which is called the Clavichord.

The Clavichord first came into existence in the 14th century and became extremely popular during the Renaissance Era. When players press a key, the motion will be transmitted by a tangent that strikes the string and causes vibrations, producing the sound between 4 and 5 octaves.

Have The Same Structure With The Harpsichord

Created in Italy around the 1500s, the Harpsichord later spread to France, Germany, Flanders, and England.

When you press the key, the pad called jack plucks, which is attached along the length of the wooden bar, will hit the string to produce sounds.

In general, the system of strings, resonant boards as well as the overall structure of the instrument are similar to the piano we often see today. 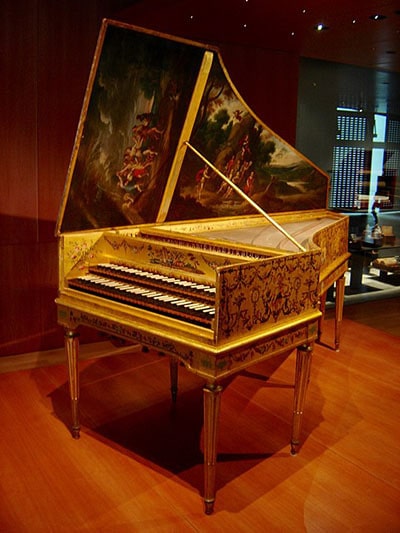 Cristofori As Father Of Piano

The first piano was invented by Bartolomeo Cristofori (1655-1731) in Italy.

At first, he was not pleased with this first version because the created sounds exceed the limitation of the Harpsichord.

After that, he decided to use a hammer to create an updated version of the piano in 1709. 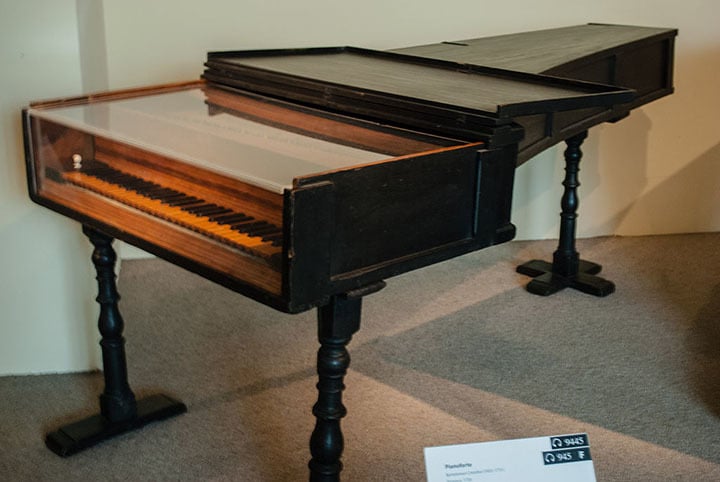 The instrument was first named gravicembalo col piano e forte, meaning a musical instrument that can be played softly and loudly. Then, this name was shortened to the current popular name, piano.

Key Features Of The Piano

Now let’s spend time learning some characteristics of the piano.

You are a beginner in this field.

Thus, it is necessary for you to get started with the basic piano key layout.

The piano only has 7 main notes that are arranged in a specific order. 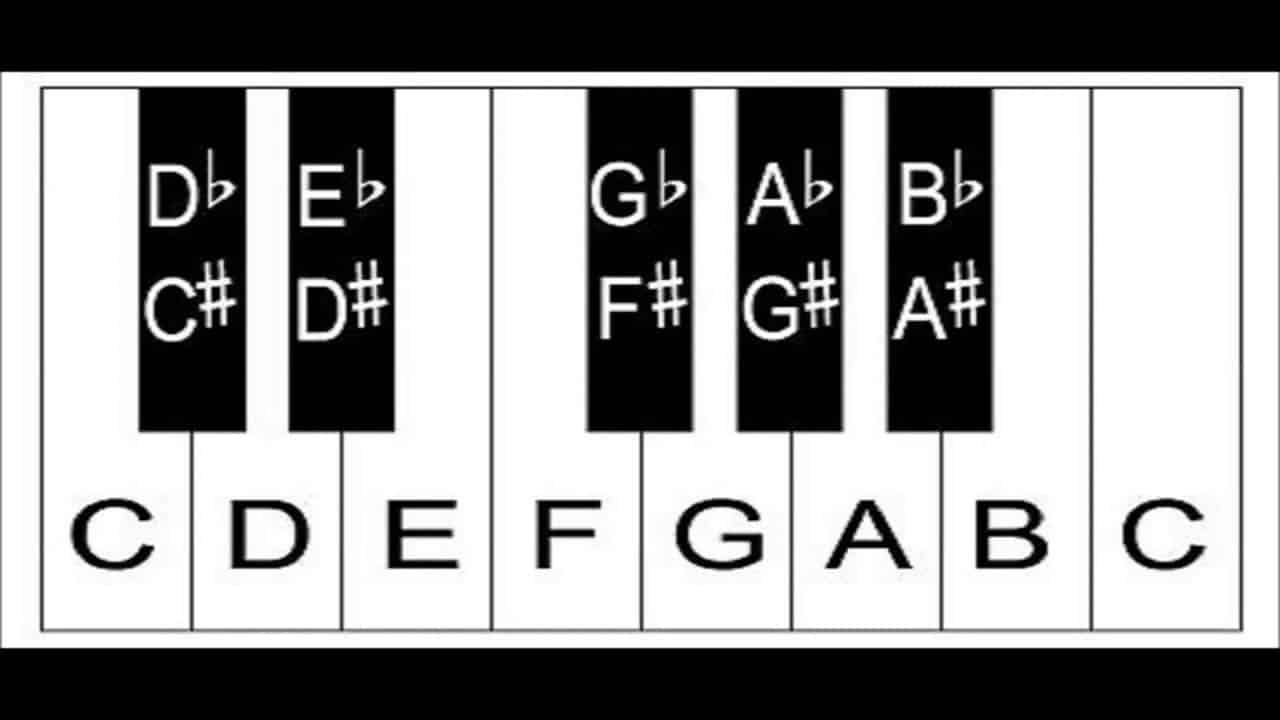 On the piano keyboard, the white keys are marked with capital letters: C – D – E – F – G – A – B that represent Do–Re–Mi–Fa–Sol–La–Si respectively in the music theory.

Pay more attention and you will find that these letters keep repeated many times on the keyboard.

As a newcomer to the piano, you will find it challenging to identify notes on the piano keyboard.

Then, a handy tip for you is that you only need to remember only one note and deduce the other ones. For example, you keep C (Do) in mind, then you can infer adjacent notes at your fingertip.

Note that a standard piano keyboard has 88 keys and is divided into two groups of keys. Group 1 includes 52 white keys, while group 2 has 36 black keys.

How are these two key groups different from each other? As we can see, the black notes contain not only an uppercase letter but also a sharp (#) following the letter.

In the music notation, it will be played 1/2 higher than natural notes.

Apart from sharp, you will see another type of note that is “b,” which is called a flat that is ½ lower than natural notes.

There are two main types of piano: acoustic piano and electric piano. The latter is the improved version of the former; therefore, they are similar to each other in several aspects, including size.

So in this article, we will show you only the size of an acoustic piano, which is divided into two different types: Upright Piano and Grand Piano.

The Size Of The Upright Piano

This instrument emphasizes the height and the position of the strings arranged vertically. 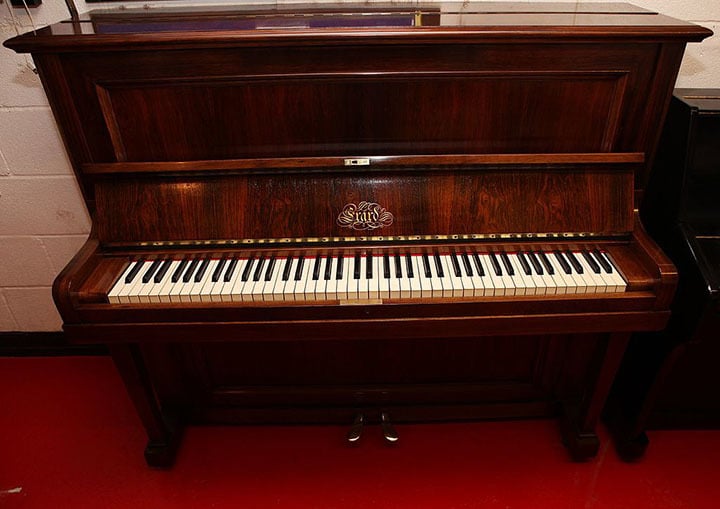 The Size Of Grand Piano

The grand piano is the best choice for professional pianists. The instrument is designed in a lying form. All parts like soundcard, percussion, and the position of the strings are arranged horizontally.

There are six ranges of sizes of the Grand piano including: 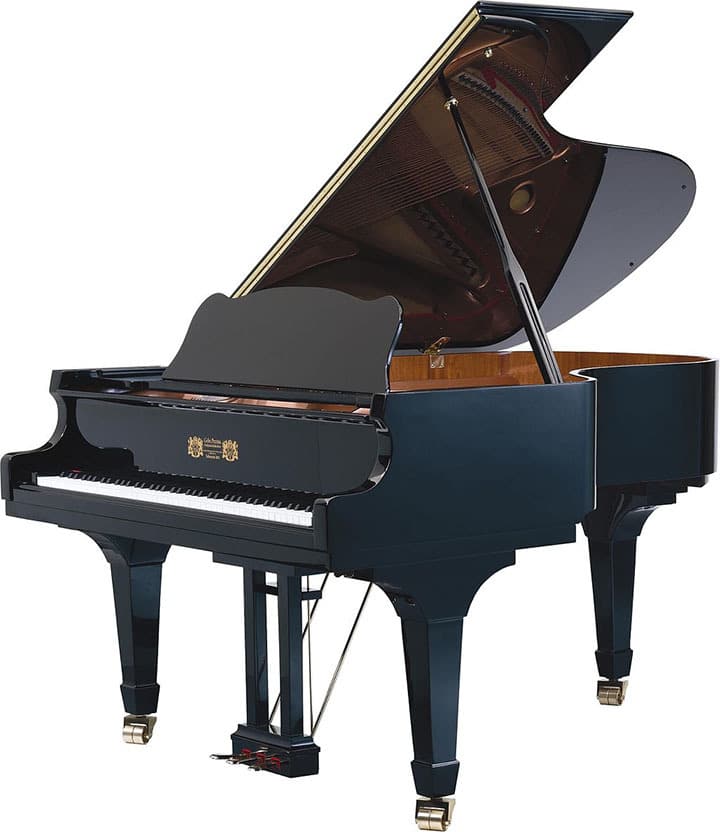 The piano weight is different from type to type, brand to brand. But according to statistics, in general, a small upright piano will be about 500 lbs in weight while a large upright one weighs over 800 lbs.

While using the piano, you need to maintain it in hygienic conditions. In particular, pay attention to the following tips:

Keeping your piano clean is an important task while you carry out the maintenance.

In particular, you need to keep the lid closed when not in use to prevent dust from accumulating.

In case you have a piano with ivory keys, let them be exposed to the light for a certain period of time, which will eliminate yellow-ish marks on the keyboard. 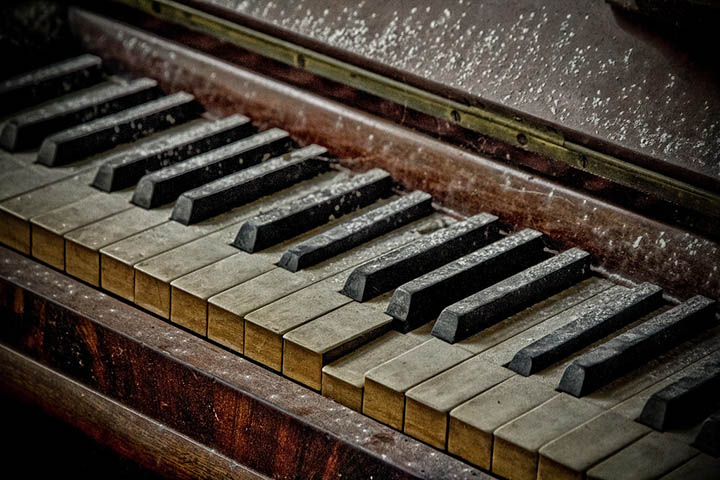 To clean the keys, you use a damp cloth and dry them immediately after that. If stains are stubborn, you dip the cloth into little diluted soap. Do not use chemicals or solvents to clean the piano keys.

Clean The Outer Wood Of The Piano

You can wipe it with a damp cotton cloth to remove fingerprints or polish it with some emulsions recommended by the manufacturer.

Do not spray silicone-based polish on the wood’s surface.

For different piano brands, there will be various ways to clean and polish the piano.

Stay Away From Internal Parts

All the tasks like maintenance, repair or replacement internal parts of the piano should be left for qualified piano technicians.

You should only do some simple tasks such as vacuuming, cleaning, and applying oil on moving parts.

Take Notice Of Your Piano Room

Try to maintain a stable temperature and control the humidity in the piano room. It is essential to avoid placing the piano near winter heating systems, fans, air conditioners, fireplaces, open windows, and sunlight.

The parts above cover all the knowledge about the evolution of the piano, outstanding features, and necessary tips while using this instrument.

Regardless of who you are, a beginner, a professional or simply a music lover, we hope that the information above will be useful for you. If you have any contribution, please leave your comments below.